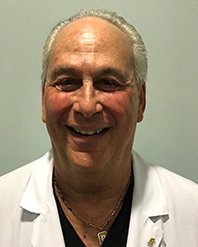 Miami urologist Amery Wirtshafter, MD received his medical degree from the University of Miami School of Medicine in 1974. He served his surgical internship and residency at the Mount Sinai Medical Center and his urologic residency at the Jackson Memorial Hospital. After completing his training in 1979, he began working as a urologist in private practice. Dr. Wirtshafter is certified by the American Board of Urology and is a Fellow of the American College of Surgeons (FACS).

Miami urologist Amery Wirtshafter, MD is the director of the cryosurgical program at Urological Consultants of Florida and has been performing cryosurgical procedures for nearly a decade. He is an international leader in the field of cryosurgery of the prostate having performed nearly 1000 cases. He is the most experienced urologist performing cryosurgery in Miami, South Florida and likely the southeastern section of the United States and beyond into the Caribbean and South America. Because of his expertise, he has been called upon to proctor other physicians throughout the United States, the Caribbean and South America as well as lead regional training workshops on cryotherapy. Dr. Wirtshafter’s outcomes with regard to cancer cure, urinary continence and potency have led patients from around the world to South Florida to have their prostate cancer treated by him.