HOW EFFECTIVE IS A VASECTOMY AS A BIRTH CONTROL TECHNIQUE? 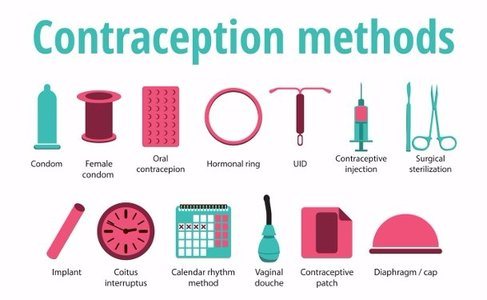 Following a vasectomy, early failure rates are most likely related to unprotected intercourse too soon after the vasectomy procedure when the sperm has not been cleared from the vas deferens. Typically, a semen analysis performed 3 months following the vasectomy procedure confirming no sperm in the ejaculate is sufficient to indicate to the patient that he is clear to have unprotected intercourse.

WHAT ARE THE DIFFERENT TECHNIQUES USED TO PERFORM A VASECTOMY?

Dr. Robbins uses a no-scalpel technique to perform a vasectomy. Patients will take valium and an antibiotic one hour prior to the procedure. With the patient resting comfortably in a reclined position, Dr. Robbins will anesthetize the area with a local anesthetic. Subsequently, a ring clamp is used to isolate the vas deferens through the scrotal skin. A vasectomy-specific clamp is then used to gently spread the skin over the vas deferens. The vas is then isolated, clamped twice, divided, cauterized, tied, and gently replaced into the scrotum. A facial interposition technique is additionally used to prevent the two ends from joining back together. The entire vasectomy procedure typically takes under 15 minutes.

Traditionally, the approach to vasectomy involves numbing the scrotal skin with a local anesthetic such as lidocaine and subsequently using a scalpel to make two separate small incisions to allow access to the vas deferens. The vas deferens are then divided, cauterized and then one or both ends are ligated with a suture or clip. Various additional treatment options exist that help to improve healing, decrease discomfort or increase the effectiveness of the vasectomy procedure.

No-Needle vasectomy involves using an air jet injector to apply local anesthesia instead of a traditional small-bore needle. Using this method air pressure is used to force the local anesthesia through the scrotal skin without the need for a needle.

No-Scalpel Vasectomy is a technique in which a sharp-tipped hemostat is used to spread the skin over the vas deferens as opposed to using a scalpel. This results in a smaller incision which can result in faster healing, decreased risk of hematoma and bleeding.

Fascial interposition vasectomy involves placing a tissue barrier between the two cut ends of the vas deferens to prevent recanalization thereby increasing the overall success rate of the vasectomy. In this method typically the facial sheath surrounding the testicular side of the vas deferens is sutured over the cut and ligated end.

Vas irrigation is a technique employed during a vasectomy procedure in which sterile water is injected into the distal end of the vas deferens at the end of a vasectomy with the goal of providing earlier clearance of sperm from the ejaculate. Although some studies have shown positive results with this vasectomy technique, it is not commonly used by urologists.

HOW CAN PREGNANCY OCCUR AFTER A VASECTOMY? 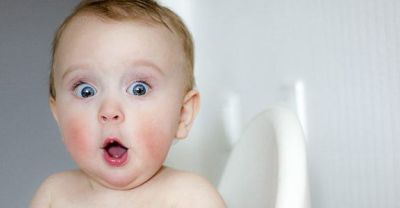 Pregnancy can occur after vasectomy due to three primary reasons:

1. SPERM NOT CLEARED FROM THE EJACULATION (SPERM COUNT IS NOT ZERO)

Following a successful vasectomy procedure, live sperm can be present beyond the point of division of the vas and can remain viable for several months. This means that a man is still potent and capable of impregnating a woman. Contraception still needs to be used following a vasectomy until the sperm count is determined to be zero.

2. RECANALIZATION OR SPONTANEOUS REVERSAL OF A VASECTOMY

Recanalization is the process by which two severed ends of the vas deferens rejoin through microscopic channels that can rejoin during the process of scarring and healing. Recanalization can occur early on after the vasectomy procedure and is thought to occur less than 1% of the time. Even more rarely, recanalization can occur late after a vasectomy when a man already has achieved a negative semen analysis and has been given the go-ahead to proceed with unprotected intercourse by his urologist.

Surgical error is when the vasectomy fails because the surgeon fails to divide both vasa separately. Occasionally the surgeon may divide the same side twice by pulling the vas from one side to the other accidentally when performing a bilateral vasectomy. Dr. Robbins prevents this scenario by giving a gentle tug on the testicular side of the vas to watch the left and right vas rise separately during the vasectomy procedure to confirm that both vas deferens have been divided.

CAN A VASECTOMY CAUSE PROSTATE CANCER?

The controversy that a vasectomy can cause prostate cancer has been in and out of the literature in urology for the past 20 years. While some initial investigations drew a connection between prostate cancer and a vasectomy procedure an equal number of studies showed no clear correlation.

In 1993, a prospective study out of Harvard Medical School looking at over 50,000 men documented 300 new cases of prostate cancer and seemed to indicate a slightly increased risk of prostate cancer development in post-vasectomy men. However, a prospective study of 75,000 men in 1994 out of Denmark found no increased risk in the post-vasectomy population.

A 2002 study published in JAMA looking at 900 men in New Zealand after vasectomy compared to 1200 men in the general population. Over a 12 year period, they found no increased risk. It should be further noted that New Zealand is recognized for meticulous nationalized cancer data collection and has the highest rate of vasectomy in the world.

The most recent study published in Prostate Cancer in 2002 looked at 22 separate studies done of the past 20 years to see if there was any connection between vasectomy and prostate cancer development. The conclusion of their evaluation demonstrated no clear connection between vasectomy and prostate cancer and it was postulated that the prior suspected connection was likely secondary to "detection bias" given that men who undergo vasectomy are more responsible with their health and are more likely to have medical follow up and receive a prostate cancer diagnosis as compared to more non-compliant individuals.

SHOULD I HAVE CRYOPRESERVATION OF MY SPERM PRIOR TO VASECTOMY? 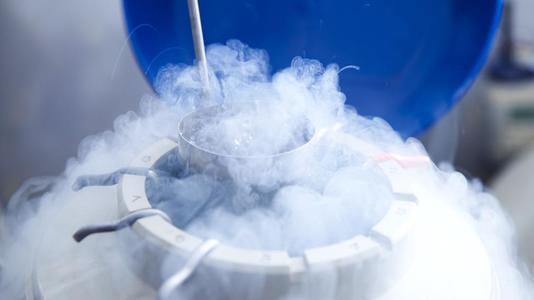 Some men may choose to cryopreserve their sperm prior to vasectomy at a sperm bank. Although sperm cryopreservation may provide a safety net in case you change your mind about having children, it is possible that the sperm may not survive the freeze and thaw process and may not be viable for achieving pregnancy at a later date.

If you do choose to cryopreserve your sperm, please be sure to find a reputable company to ensure that your sperm will be available if you should need them.

If you are very concerned about your sperm being available after a vasectomy, perhaps you should reconsider your choice about having a vasectomy procedure until a later date when you are sure you do not want any more children.

IS A VASECTOMY PROCEDURE IN MIAMI COVERED BY INSURANCE?

Typically a vasectomy is a covered procedure. Most insurance companies would prefer to cover a vasectomy procedure than to pay for an inadvertent pregnancy and subsequent delivery which could be substantially costlier.

However, all plans do vary and patients who choose to have a vasectomy with Dr. Robbins may have copays or deductibles associated with their plan. We do encourage all our patients to check with their individual insurance plans before proceeding with a vasectomy procedure.

Our staff would be happy to assist you to contact your insurance plan to determine your coverage benefits and copay/deductible for a vasectomy procedure.

WHAT IS THE HISTORY OF A VASECTOMY PROCEDURE? 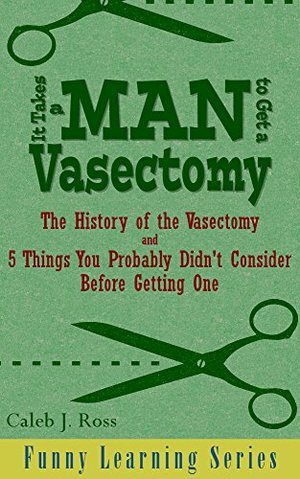 According to the World Health Organization, sterilization for both males and females is the most common method employed to achieve permanent birth control. It is estimated that sterilization techniques including vasectomy have been performed on over 200 million people worldwide. Although globally, only 5% of men have had a vasectomy procedure performed, in the United States the rate is much higher estimated at one in six men over the age of 35.

The first reported vasectomy was performed on a dog in 1823. Vasectomy was not performed on humans until the 1900s when it was employed throughout Europe during a campaign of eugenic sterilization for socially undesirable members of society and certain ethnic groups. Additionally, in places like London, Cuba, and the United States vasectomy procedures were performed on the mentally ill and criminally insane as a means of forced sterility.

It wasn’t until after World War II that vasectomy began to be used as a form of elective birth control in the way it is understood today. In the 1970s in India, the government offered cash incentives to citizens electing to undergo vasectomy with the goal of population control. Vasectomy grew in popularity during the last few decades in the 20th century and into the 21st century as vasectomy services became more widely available. Recently vasectomy is becoming more popular than tubal ligation especially with the advent of the minimally invasive and no-scalpel office-based technique.

WHY CHOOSE DR. ROBBINS FOR YOUR VASECTOMY IN MIAMI AND FORT LAUDERDALE?

Dr. Robbins is dedicated to performing low-cost and minimally invasive vasectomy procedures. Since starting practice in Miami in 2009, Dr. Robbins has rapidly gained a reputation for providing high-quality vasectomy services to patients in the Miami region and Fort Lauderdale. Make an appointment now and join countless other satisfied men who have chosen Dr. Robbins to perform their vasectomy.

If you live outside of the Miami or Fort Lauderdale area and would like to have a vasectomy with Dr. Robbins, please contact us online and provide your information so we can get in touch with you and make arrangements for your vasectomy. Alternatively, please feel free to phone us directly at (305) 575-2771 to make an appointment or ask a question.