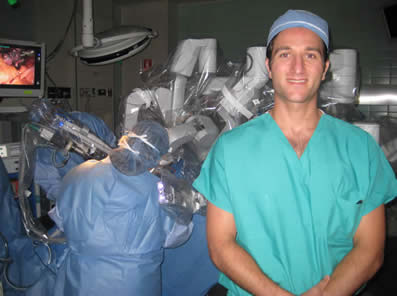 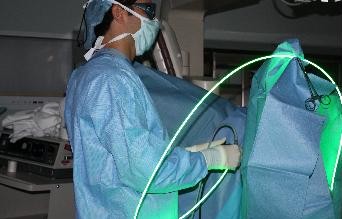 I want to thank you for convincing me to have the Green Light Laser procedure for my enlarged prostate (BPH). Like most men, I tried to ignore the symptoms and hoped they would go away. Having surgery on my penis was not on top of my to do list. The meds helped but I was still waking up 3 or 4 times a night and peeing became an event. After your assurances regarding the Green Light procedure, I finally had it done on 9/22/11. Wow, what a difference. I doubt I could have put out a cigarette before, now I can extinguish a forest fire. I went from being one of those crappy leaky squirt guns to a super soaker. Race horses are jealous of the way I pee now. Wish I done it sooner. The anticipation was way worse than the reality of the surgery. It really wasn't a big deal.

Please tell the Green Light people, I want to be president of their fan club.

"Doctor Robbins, I want to thank you for how much you have improved my life. I was having a terrible time; going to the bathroom sometimes every fifteen minutes. It was getting to the point where I sometimes actually had to go to the emergency room for help. Since you very skillfully treated me it is like the difference between night and day. You and your very nice staff have always shown an interest in my well being, and I thank you all. "

"I was diagnosed with prostate cancer in November 2010. On February 15, 2011, I registered at Mt. Sinai Hospital for robotic surgery to be performed by Dr. David Robbins and his team. Deep inside, I was expecting the worst. These were the results: 1) Pain - No pain (Percocet was prescribed. Didn't have to use any).  2) Overall Discomfort - The same night of the surgery I walked the hallway on my hospital floor. 3) Incontinence - After the catheter was removed I used pads for a few days. Not saying that every once in a while I got a little wet, but three weeks after the surgery it was 95% under control. Today, fine and dandy.

I thank the Good Lord for delivering me into the gifted hands of Dr. Robbins. An event that causes so much distress because of the obscure, turned out to be a positive, very bearable life changing experience."